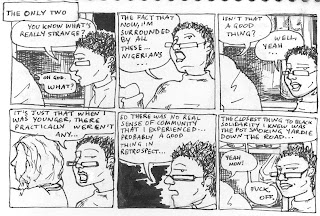 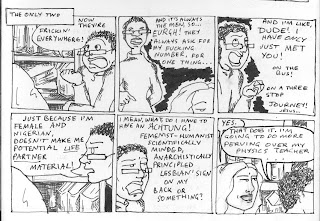 Posted by laBiscuitnapper at 2:54 AM No comments: 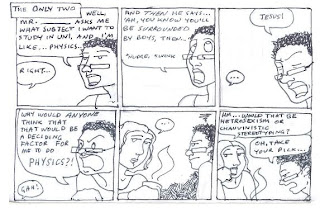 Posted by laBiscuitnapper at 2:37 AM No comments: 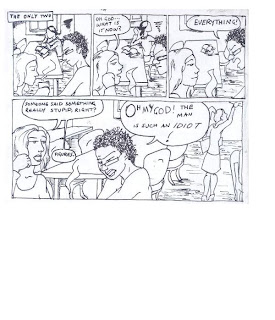 Because Miriam was very closely based on me, to begin with, we share much of the same interests and ambitions. I do indeed want to study Physics at Uni and hopefully spend the rest of my days attending lectures and being quoted in Nature magazine, whilst Miriam, (who, like the rest of her friends, really started developing a separate character of her own around the... tenth strip, I think), wants to become an Engineer of some sort. Anything that involves a fusion of physics and design, really. She's difficult like that.
Posted by laBiscuitnapper at 4:18 PM No comments: