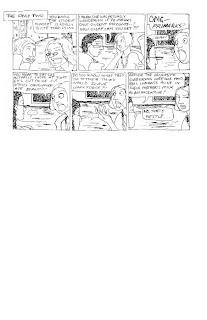 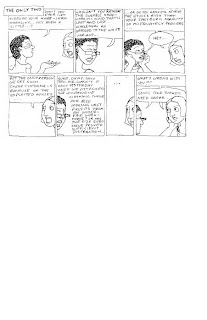 Posted by laBiscuitnapper at 5:28 AM No comments: 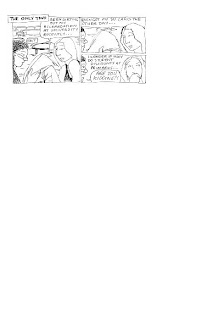 The following set of comics were done with a ruined pen (in my defence, thanks to an illustrating job I was doing), hence the terrible inking. I didn't realise it was messed up as much as it was until I got rid of the pencil lines *sighs*. Ah, well. There's always a few comics that just have to disappoint you. A bit of a shame, considering I like the following Primarks-inspired dialogue.
Posted by laBiscuitnapper at 5:25 AM 1 comment: